We are now accepting new clients and one time bookings in Vermont. Please fill out our  “Request a Quote” form and we will contact you right away about your booking request.  We are looking forward to connecting with you!

Not Composting Yet? Here’s How (And Why) You Should.

Time to get into the nitty gritty behind composting. 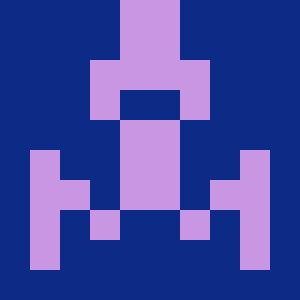 My friend yells this as I toss a cracked eggshell into the trash bin. I immediately swivel, remorse washing over me as I ponder how I, an Environmental Studies major, could have blindly walked past her compost bin and favored the trash can.

I dig through the trash, searching for the victim of my late-night breakfast sandwich. Although my hands are soon covered in various suspicious liquids, I rescue the shell and tuck it into her homemade compost bin.

This may seem like a severe reaction, but in our home state of Vermont, an eggshell in a trash can is now considered illegal.

Beginning July 1st, food scraps are banned from trash bins throughout the state. While I’ve composted in various locations throughout my life, news of this new legislation sent me reeling for a bit.

I have no compost system set up in my new apartment–where do I even start?

Luckily, I did some research on the food scrap ban in Vermont, and other bans across the country.

All to figure out what these laws really mean, why they are in place, and how I should go about setting up a compost system that could work for my lifestyle.

If you’re thinking something along the lines of, I don’t live in Vermont and can throw away as many food scraps as I want!, think again. Vermont isn’t the only state in the country to ban food scraps.

So far, four other states–California, Connecticut, Massachusetts and Rhode Island–have all instituted required composting for businesses or residents.

Even if you don’t live in one of these states, composting is an incredibly effective way to reduce your overall environmental impact. Food waste makes up 25 to 50 percent of waste across the United States, and about 30 percent here in Vermont.

When this waste ends up in landfills, it is trapped beneath loads of other trash, preventing access to the oxygen needed to decompose. Not only does this slow the decomposition process, it also causes organic matter to release methane, a greenhouse gas 84 times more powerful than carbon dioxide.

Aside from minimizing your environmental impact, a home-composting system is also a great way to produce fertile, nitrogen-rich soil to be used in your garden or on a nearby farm.

While composting is very important, so is minimizing your waste in the first place. This starts in the grocery store, with buying only what you will eat, and continues on at home, with eating all of what you buy (yes, including that slightly crusty mac n’ cheese that you know won’t hurt you but that you would really rather avoid).

Ideally, your compost bucket would only include parts of food that have to be disposed instead of eaten. This includes rinds, peels, shells, fat, oil, grease, bones, coffee grounds and tea bags.

However, when it’s necessary, leftovers that went bad or food that wasn’t finished should be composted as well. This includes all types of food–bread, soup, dairy, meat vegetables and fruit. For a full list of compostable items, check out this website.

If you find yourself in that all-too-familiar position of hesitating between the trash and compost bin and thinking to yourself, Where does this one go?, remember this: If it was once alive or part of something alive, it goes in the compost.

While it’s made out to be complicated or expensive, composting is really just the simple task of facilitating decomposition within your home or business.

While you can compost in your own backyard with an animal-proof container, I have my compost picked up by a compost company like this one.All in all, it took me less than $5 to set up my in-home compost system, and I’ve already noticed how slowly my trash bin fills now that my food waste goes elsewhere.

I’m thankful that my friend held me accountable with my eggshell, even though it didn’t seem like a big deal. After all, I make late-night breakfast sandwiches often, and those shells, along with all the other food waste I am trying to reduce, really adds up.

Commit to composting in your home or business, and don’t be afraid to dumpster dive for misplaced waste.

5 Simple Tips for Living Sustainably on a Budget

Every Sunday, we send out one useful tip for making your home, family, and lifestyle greener. Join now and immediately receive our sustainable living checklist.
Join now

Get our Sustainable Living checklist.

Every Sunday, we send out one useful tip for making your home, family, and lifestyle greener. Join Sustainable Sunday now and immediately receive our sustainable living checklist.

Every Sunday, we send out one useful tip for making your home, family, and lifestyle greener. Join now and immediately receive our sustainable living checklist.

Get $20 off Your First Booking With us using the code NEWLOVE or by clicking below.

Book your first cleaning for $20 off
"Lime Maids makes it so easy to have a clean, fresh house!"